Curryosity welcomes its guests to experience the region’s legendary and excellent hospitality. The kitchen is helmed by chef Raj Mutti who hails from Punjab, India and got culinary experience at the restaurant in Los Angles. Curryosity Family takes pride in ensuring our products are made with only the best ingredients and they will make sure your plate arrives from the chef’s table to yours in highly pleasant to the taste.

We’ve stayed committed to keeping the best ingredients possible in our dishes to give you the highest quality dishes at Curryosity. At this home away from home, Raj Mutti crafts balanced feasts with flavors for all. Signature dishes include Curry mussels, Curry fries, Naan smoked salmon, Soft Shell Crab, Green coconut curry, Deconstructed samosa, Samosas stuffed with mozzarella cheese & spices. 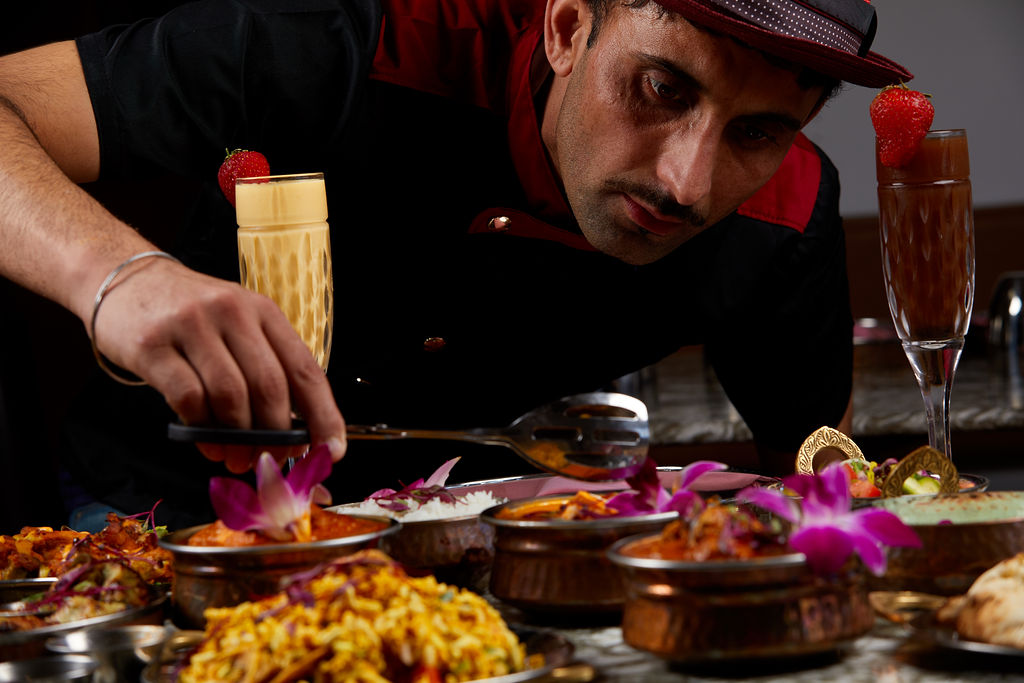 Along with comfort fusion and classics, Curryosity has developed a craft cocktail selection. Indian spices like saffron and cardamom are now pantry staples for many cooks, but Raj Mutti has also found uses for the aromatic seasonings in deliciously complex cocktails. He and fellow mixologists Keelan Fennely quickly began experimenting by making syrups with coriander, cumin, garam masala clove, cardamom, cinnamon, and black pepper. A newer creation is the sea salt, asafetida which stars in a bright and tangy cocktail called Imli temptation. It features finely strained Imli roots, vodka, and a bar-spoon of the citrusy tincture. Shaken and strained over large ice cubes, the cocktail is garnished with dehydrated lemon and brim cumin powder. Other Indian-influenced cocktails include the black mint tea with green cardamom, Indian herbs, spices and lemon ginger homemade syrup-spiked with vodka 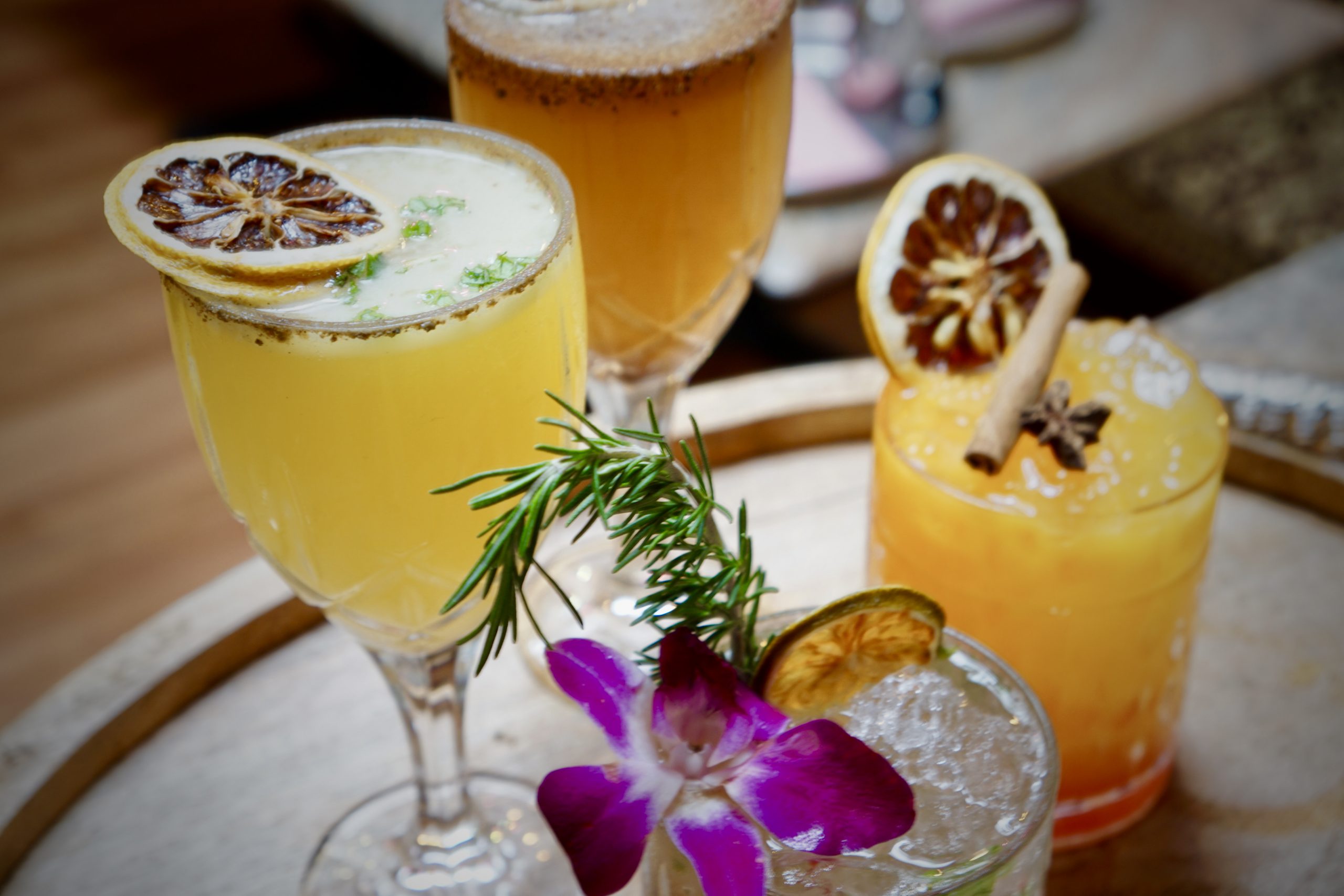